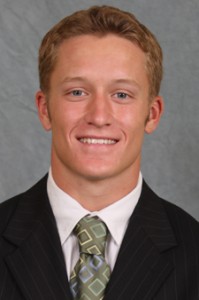 Gulbransen went in round 16 to the Houston Astros.  He’s played the last three years collegiately at Jacksonville University.

Gulbransen is also one of 19 finalists for the “Fans Choice Award” presented by TD Ameritrade.  The “Fan’s Choice Award recognizes college baseball players who are positive role models both on and off the field.

Gulbransen was in Houston to work out for the Astros last week.

Gulbransen said he expects to finalize contract terms and sign his first pro contract in the next day or two.

The Brewers took Lance Roenicke, an outfielder from UC Santa Barbara, in the 25th round.

The Cubs used the 39th round selection on Rustin Sveum, a high school infielder from Arizona.  Dale Sveum said his son will go to college and not sign right away with the Cubs.