You are here: Home / Sports / Kenseth to leave Roush Fenway Racing at the end of the season 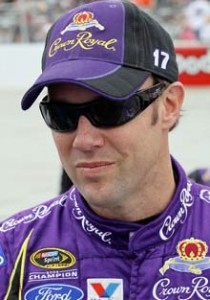 The move was discussed throughout racing circles during the last stop on the NASCAR circuit at Sonoma.  Speculation was that Kenseth would be leaving Roush to join Joe Gibbs Racing.

Kenseth has won 22 Cup races, including two Daytona 500’s and the 2003 points title while driving for Roush.  He’s raced his entire career in the No. 17 Ford.