You are here: Home / News / Walker not focusing on recount possibility 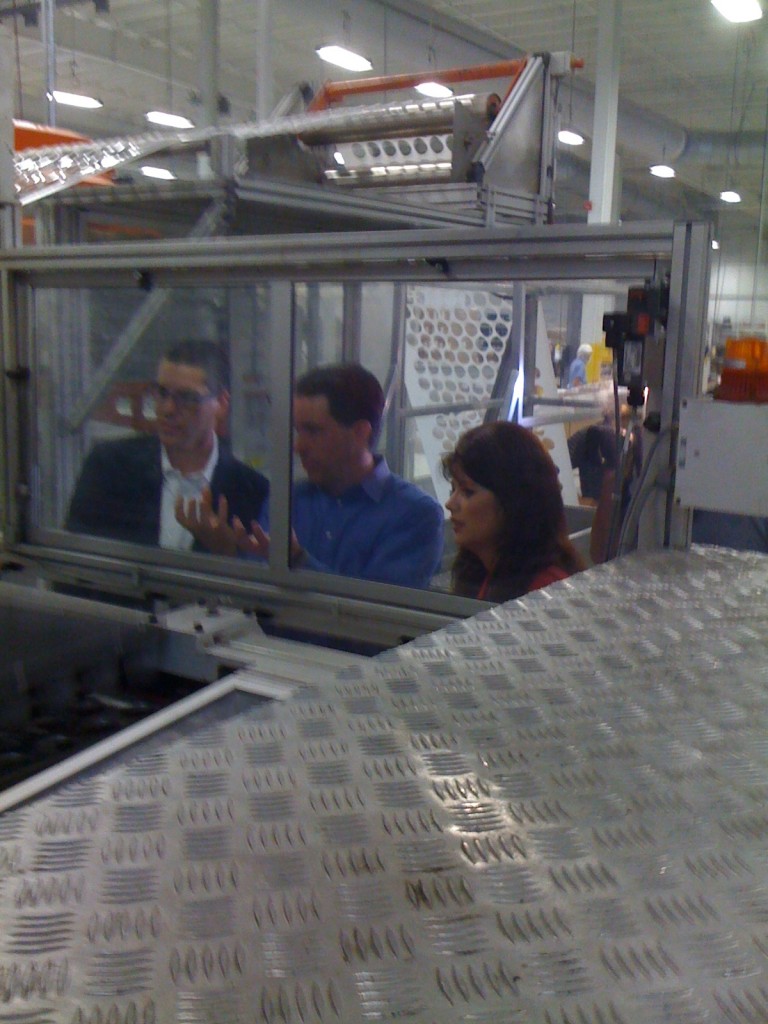 On the eve of tomorrows recall election, its 11th hour for the campaign Governor Scott Walker. “We’re cautiously optimistic; we’re not overconfident,” Walker told reporters this morning at a plastics factory in Fitchburg.

The latest survey–one done by Public Policy Polling–has Governor Walker’s lead, over challenger Tom Barrett, closing to three points, compared to other independent surveys with as much as a seven point advantage. But Walker said “ultimately the only poll that matters is election day.”

Surveying done by the Barrett campaign shows the two candidates neck-and-neck. Both camps believe the election will be close and the possibility of a recount has been raised by analysts. Governor Walker said he’s not thinking about a recount, instead “focusing on getting people to the polls, focusing on a way to win.”

The Madison-area stop was the first of many appearances throughout Wisconsin today. Barrett is also touring the state.