You are here: Home / News / Dueling Progressives in race to succeed Baldwin 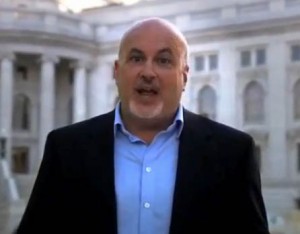 Pocan, who was first elected to the Assembly in 1998, said he has the temperament and leadership skills to stand up for the progressive values which Baldwin epitomizes in Washington. “Voters in this district – and I’ve talked to a lot of folks – are very concerned about what the Tea Party has done to the Republican Party. They want experienced, accomplished people to go up there and really stand up and fight for our values. And I’ve done that for fourteen years,” he said.

Roys, elected to the Assembly in 2008, has campaigned without accepting money from political action committees, a decision she said helps differentiate her from Pocan. “It was just clear to me that, if you want to be a change agent, if you don’t like the status quo, you have to start leading by example,” said Roys, whose campaign has not shied away from running aggressive television advertising. In one, ominous music plays as a narrator describes how Pocan “caved in and voted with Scott Walker to throw millions of dollars of tax giveaways to big corporations.” Pocan’s campaign has run a TV ad accusing Roys of a smear campaign with little basis in fact. “Character assassination. We expect it from Karl Rove, not from Kelda Roys,” says the narration.

Campaign commercials aside, the candidates sound remarkably similar when asked to define what it means to be a progressive. “Progressive policies are people-centered policies, or people populist policies that address things like access to health care and making sure that they are able to afford an education for their children,” said Pocan. “It has to mean more politically than simply being pro-choice and pro-LGBT equality, pro-labor,” said Roys. “It’s also about how we do our politics, and whether our politics are grass-roots and people focused, or whether we are running our campaigns and getting our ideas from these very, very wealthy special interests.” 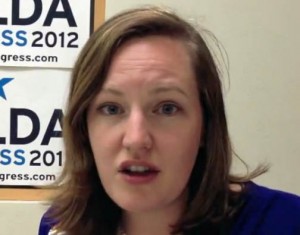 Both candidates also indicate a willingness to work with Republicans – or at least moderate Republicans – in Washington. “In many ways the Tea Party, where they’re so different, is that they don’t believe in a lot of the social safety net programs that they’ve built up for decades and decades. So you have to either convince people why they work, or convince the Republicans who are more reasonable, why they don’t want to destroy those programs” Pocan said. “I’ll look forward to working with my Wisconsin colleagues across the aisle on issues like making sure we can continue SeniorCare,” said Roys. “I’ll also look forward to working with Republicans on issues of common concern, like civil liberties.”

Silverman, an Iraq war veteran, is a political novice who garnered some publicity by making a 543 mile walk around the 2nd Congressional District. Hall, a Vietnam veteran, has a varied resume which includes service on the Janesville City Council and seven years working at the General Motors assembly plant in that city.

In addition to the challenge of getting out their message, the candidates face another challenge: getting voters to show up at the polls for an August election. “It will be tough, with as many elections as we’ve had this year, to convince people to come out one more time,” Pocan acknowledged.