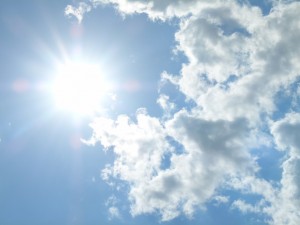 Had enough? The hot temps aren’t going away any time soon.

One meteorologist at the National Weather Service says this is the warmest year on record for southern Wisconsin. “We’ve had a very mild winter, the warmest spring on record, June was very warm — I think it was among the top five warmest Junes for Madison.”

Lead forecaster Mark Gehring says it’s not just Wisconsin; the whole world is pretty warm right now. “The global temperatures are coming in the warmest on record so far from January 1st through now. So much of the world right now is warm.”

Wisconsin’s Capital City had less than 1/3 of an inch of rain for all of June. Even northern Wisconsin had temps in the mid to upper 90s. Southern Wisconsin hit triple digits. Madison had a record 104 degrees on Thursday, that city’s normal high for this time of year is 82. Motorists traveling for Independence Day encountered pavement bucking on highways throughout the state due to the heat.

Emergency officials have been warning folks to take it easy. Heat is the number one weather-related killer in the state, far surpassing tornadoes, floods, and everything combined. In 1995, two major killer heat waves affected most of the Badger State resulting in 154 heat-related deaths and over 300 heat-related illnesses.

Several communities in the Badger State have opened up cooling shelters where people seeking relief from the scorching heat can find relief if they don’t have air conditioning.

The state won’t be cooling down any time soon. Gehring says after a slight dip into the 80s this weekend and early next week, temps will return to the 90s in short order.