You are here: Home / Legislature / Splitsville for Cullen and Democrats 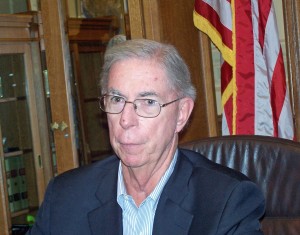 Displeased over a lack of committee chairmanships, state Senator Tim Cullen has parted ways with his caucus. The Janesville Democrat said Tuesday that he met with new Senate Majority Leader Mark Miller to discuss chairmanships, now that the Democrats have regained – however temporarily – the Senate majority. “I was never asked what I was interested in,” Cullen said. “he told me that he was going to assign me Small Business and Tourism.” Cullen said that while both are important to the state’s economy, neither have ever been considered important committees in the Senate. Cullen wanted Health and Education. Instead, after conversations with Miller broke down over the weekend, he got nothing.

“I am disappointed in Senator Cullen and the decision he made today. Senator Cullen turned down the chairmanship of the Committee on Small Business Development and Tourism. He told me that if that was the committee offered to him, he would rather chair no committee at all. It was an important committee as small business is the economic engine for Wisconsin.” 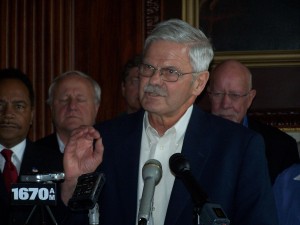 “I’m still baffled by Senator Miller’s decisions,” said Cullen. “They don’t make any sense in the context of keeping a caucus together when you don’t have any margin for error. I don’t understand it.” Cullen was among the 14 Democratic state Senators who left the state in 2011, in order to delay action on Act 10. Cullen and fellow Democrat, Senator Bob Jauch, attempted negotiations with the administration of Governor Scott Walker. And this year, Cullen and Republican state Senator Dale Schultz spent time in one another’s districts, in an attempt to heal the rifts in the chamber. Cullen was asked whether those efforts may have played a role in Miller’s decision.

“Have I been the rank-and-file marching soldier doing whatever he wants, and getting his permission before I do want? No, I certainly have not been. I didn’t consult with him before I started working with Senator Schultz. I didn’t consult with him before Senator Jauch and I tried to negotiate a compromise when we in Illinois on Act 10,” said Cullen, who displays a firefighter’s helmet emblazoned with “Wisconsin 14” in his office.