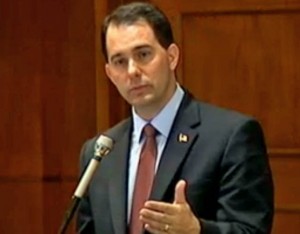 Speaking at an education forum at Harvard University, Wisconsin Governor Scott Walker said education reform is a moral imperative. “But I also got to tell you as governor, increasingly it’s become an economic imperative,” the governor said. “When I talk to employers , , , one of the biggest concerns they have, is that they don’t have enough skilled workers.”

Walker referenced a new report from Harvard researchers, indicating Wisconsin had one of the slowest rates of improvement in educational achievement of 41 states studied. He said that’s borne out by the experiences of business owners in the state. “Many of them have been saying it for years. They just haven’t had a quantitative way of pointing to that. This helps us do it, and I think the report helps us not only in Wisconsin, I think the report helps elsewhere to say “hey look at this. The data’s clear. We’re not competing.””

Walker spoke of the need for accountability at all levels of education, including classroom teachers. But he added his sons have had a positive experience in their public schools. “As much as I was targeted by all sorts of crazy, nasty things over the past eighteen months, my kids could not have had a better experience with their principal, their teachers and their fellow classmates.”

Walker was invited to speak at the conference hosted by Harvard’s Kennedy School of Government Program on Education Policy and Governance.