You are here: Home / News / Wisconsin drought getting worse 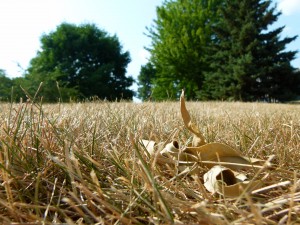 The latest report from the U.S. Drought Monitor shows a moderate drought status in the state is creeping north into the central part of Wisconsin. About the southern fifth of Wisconsin is now in a severe state of drought, including both Milwaukee and Madison. Moderate drought conditions have extended northward as far as La Crosse, Fond du Lac, and Sheboygan. Abnormally dry conditions now stretch to a line as far north as Winona, Wisconsin Rapids, and Green Bay.

The National Weather Service says a severe drought will most likely result in the losses of crops and pasture land, and water restrictions could be imposed. A number of communities in Metro Milwaukee have already adopted water-use restrictions due to the lack of rain.

Governor Scott Walker has declared a state of emergency in 42 counties in the southern half of Wisconsin. The state is also asking farmers to report crop conditions to their local U.S. Farm Services Agency, which will help determine if there are enough losses to seek federal disaster aid.

Meanwhile, forecasters say it will get warmer again today, with highs from the mid-80s to low-90s expected throughout the Badger State. The next chance of rain in the forecast is for Friday night in the western half of Wisconsin, and Saturday statewide.