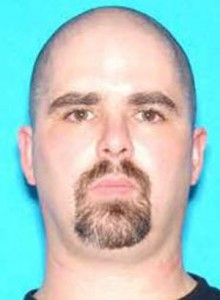 Wade Michael Page, the man investigators say is responsible for the shooting at a Sikh temple in Oak Creek.

Police revealed more details Monday morning on their encounter with the Sikh temple shooter. In a news conference, Oak Creek Police Chief John Edwards said after receiving a 911 call about the temple Sunday morning, the first officer to respond the scene came upon a shooting victim in the driveway area.

Edwards said upon exiting the squad car, the suspect “basically ambushed” the officer, shooting him eight-to-nine times with a pistol at close range.

More police arrived, hearing gun shots but unaware of the injured officer. The gunman ignored police commands to drop his weapons. After the suspect opened fire, officers responded and fatally shot him.

Despite being shot multiple times, including a neck wound, the injured officer directed his team members to check on the Sikh worshippers rather than come to his rescue.

The police chief praised the officers as “heroes” in their actions during the tragedy which included a tactical standoff that extended for several miles around the temple to ensure no one else was in danger.  In all, 27 agencies from multiple counties teamed up during the incident.

Edwards said the injured officer–in critical condition at last word–is a 51-year-old man with 21 years on the force. Two temple members were also injured. In all, six worshippers were killed, five men and one woman ranging in ages from 39-to-84-years-old.

The gunman was later identified as Wade Michael Page, a 40-year-old Army vet with ties to white supremacist groups.