UPDATE: The FBI now says it has been in contact with the man, and has rulled him out as being connected to Sunday’s mass shooting at the Sikh temple in Oak Creek. 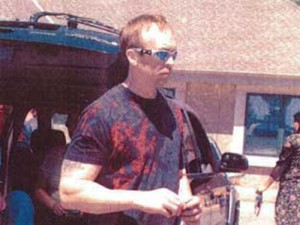 Police want to talk with this man seen outside the Sikh temple in Oak Creek.

Investigators are asking for help locating a person of interest seen near the scene of Sunday’s shooting in Oak Creek.

Police have released a photograph of a white male who was in the staging area outside of the Sikh temple in Oak Creek where seven people were fatally shot. The man, who has a 9-11 tattoo on his right arm, was seen taking photos or video with a cell phone at the scene.

FBI Special Agent Teresa Carlson says they just want to talk to the man as part of their investigation. She’s asking the public to help identify the man, who is just a person of interest at this time.

Carlson says anyone with information about the man is urged to contact the FBI or local police by calling 1-800-CALL-FBI (225-5424).

Officials have also confirmed that 40-year-old Wade Michael Page was the gunman is Sunday’s shooting. Page was shot and killed at the scene by police.