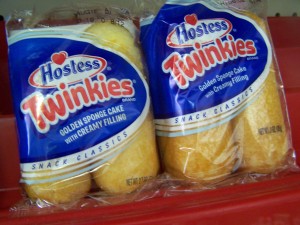 “We’re not really focused on helping out small family farmers, as much as we are protecting the agribusiness interest, ” said WISPERG’s Bruce Speight. “It ends up being a tremendous waste of taxpayer money. We end up, in effect, subsidizing junk food.” The study, Apples to Twinkies, found more than $18 billion in subsidies for the junk food ingredients, versus $637 million to apples, which are the most heavily subsidized fresh fruit or vegetable.

“If we gave that money back to taxpayers, rather than spending it on subsidies, in the equivalent amounts to what we spend it on, each taxpayer would have $7.52 to buy junk food, but only 27 cents to buy apples,” Speight explained. That would buy each taxpayer 21 Twinkies, but only half an apple.

Speight believes agribusiness subsidies deserve serious bipartisan scrutiny. “The idea that we’re doing so little to support fresh fruits and vegetables is of concern to folks on the left, but then on the right folks are really concerned about wasteful government spending. Here’s a situation where we can bring the two together, and say “these are wasteful programs that are contributing to the childhood obesity epidemic, so we should get rid of them,”” he said.