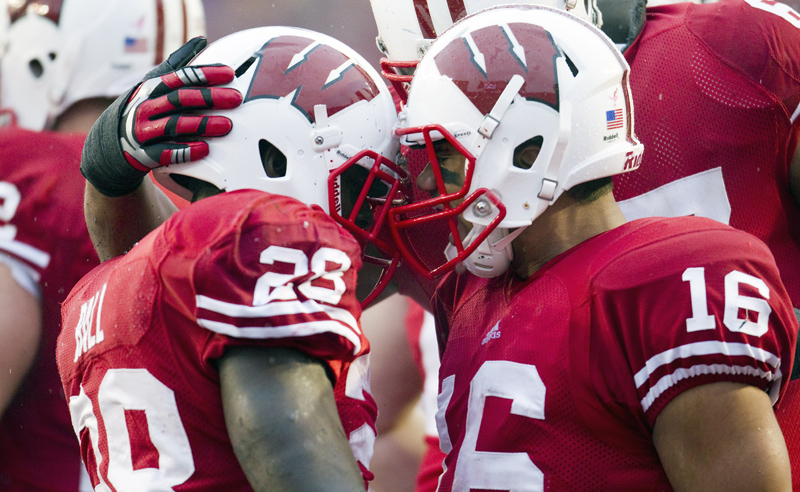 2011 became one of the greatest seasons in Badger football history.  Wisconsin accomplished an 11 and 3 record, won the Big Ten Championship game, was ranked in the nation’s top 10, and earned a second consecutive trip to the Rose Bowl.  It was a stellar season with a long list of outstanding moments.

A major highlight of the season came on October 1, 2011 as 8th ranked Nebraska made its Big Ten debut at Camp Randal.  This game was hyped as a huge test for both schools but Wisconsin welcomed the Cornhuskers to the conference by handing them a 48-17 defeat.  The game also marked the debut of Russell Wilson.  The new Badger QB threw for two touchdowns and ran for another in the rout.

Wisconsin Radio Network sports Director Bill Scott spoke with Benjamin Worgull, publisher of BadgerNation.com about the season and how it will be remembered.  “It was arguably one of the most memorable seasons Wisconsin has had since they won the Rose Bowl over a decade ago,” says Worgull.  He believes 2011 to be one of the best seen in Coach Belemi’s tenure and ranks it as the #2 best season in the last decade (2009 being #1).

AUDIO: Bill Scott talks with Benjamin Worgull about the 2011 season

The 2011 season featured great plays from several Badgers including Montee Ball (RB).  Ball rushed for nearly 2000 yards and 33 touchdowns (another 6 TDs came through the air).  His 39 touchdowns for the year was an NCAA record and helped him place 4th overall in the race for the Heisman Trophy.