You are here: Home / Badgers / Bielema felt he had to make coaching change right now (AUDIO)

Wisconsin football coach Bret Bielema said he knows the timing is unusual, but 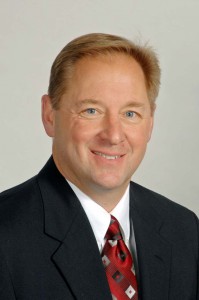 dismissing offensive line coach Mike Markuson in favor of graduate assistant Bart Miller is something he had to do and it couldn’t wait.

Bielema dismissed Markuson just 2-games into his tenure as the Badgers offensive line coach.  Bielema said he doesn’t think he would have made the move if he didn’t feel good about the replacement option.

Bielema said the 51-year-old Markuson is a highly respected offensive line coach, praising his personality.  He said that wasn’t an issue with the players.  Bielema said he knows this is an unusual move, in-season.

AUDIO: Bielema knows this is an unusual move. :21

For whatever reason, something didn’t click between Markuson and his players.

AUDIO: Bielema says they need to get back to what they do :18

AUDIO: Bret Bielema is asked what’s the worst that can happen :15