You are here: Home / Crime / Courts / Boyfriend jailed in death of Marshfield teen 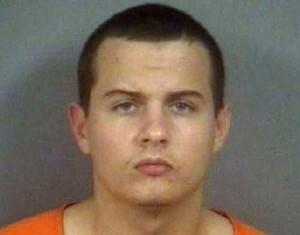 A 20 year-old Wood County man is in jail after his arrest in connection with the brutal murder of his girlfriend. Gabriel Campos, accused of first degree intentional homicide, made his initial appearance in Wood County Circuit court Monday. Marshfield police chief Gary Jepsen said Campos, who’s also known as Derek Michael Olson, is being held in the death of 18 year-old Masie McCullough on Friday night. Officers responded to a call at a single family home on the city’s west side. An autopsy revealed that McCullough’s carotid artery and jugular were both severed with a knife, and she had also been stabbed once in the back. The victim was a 2012 graduate of Marshfield High School.

“We’ve had three, sometimes four investigators working on this case pretty much around the clock,” said Jepsen, adding that police had uncovered “very specific information,” regarding the crime. Campos turned himself into police early Saturday morning at a motel room in Wisconsin Rapids.

Jepsen said Campos, who legally changed his name in 2010, and McCullough had agreed to end their relationship prior to Friday’s incident. They had a child together, and a two-year-old boy was found with Campos unharmed.  The toddler was taken into protective custody, and later turned over to family members. Circuit Judge Nicholas Brazeau set bond for Campos at $5 million. Jepsen said there are no other suspects in the case.