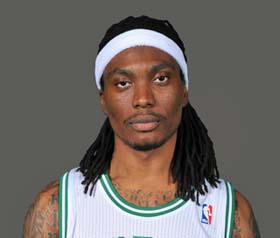 Daniels is a 9-year NBA veteran who spent the last three seasons with the Boston Celtics.  He also spent time with Dallas and Indiana.

Daniels signed for the veteran minimum salary of $1.2-million for players with 9 years of service in the league.  He’s averaged 8.2 points in his career.  Daniels best season came with the Pacers in 2008 when he averaged 13.6 points and 4.6 rebounds in 54 games.