You are here: Home / Badgers / Canada wants O’Brien to return as starting QB 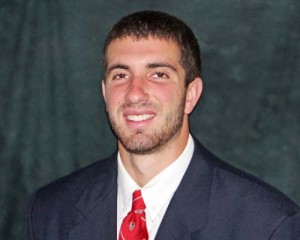 staff hadn’t yet decided who will start at quarterback this week after Danny O’Brien was benched after the first half on Saturday night.

O’Brien was shown the bench after fumbling and throwing an interception in the first half of Wisconsin’s 16-14 win over Utah State.  The Badgers trailed
14-3 at halftime.

AUDIO: Bret Bielema on why he made the change at QB :17

Redshirt freshman Joel Stave took over in the second half and finished 2 of 6 for 15 yards.  O’Brien was 5 of 10 for 63 yards.  O’Brien said he was disappointed to get benched, but he’s happy the Badgers won.

AUDIO: Danny O’Brien said he’s going to prepare as if he’s the starter :16

The Badgers offense continues to struggle.  In fact, one of their two touchdowns scored in the game by the Badgers came on Kenzel Doe’s 82-yard punt return for a touchdown.

The Badgers escaped when Utah State junior Josh Thompson missed to the right on a 37 yard field-goal attempt with six seconds left.

Next up for Wisconsin (2-1), a home game against Texas-El Paso at 11am Saturday at Camp Randall Stadium.