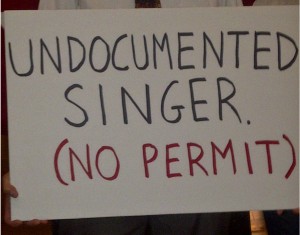 They had no permit, but the Capitol singers were back at it in Madison on Friday. After several citations were issued earlier in the week, to protesters who were in the Capitol while a permitted Red Cross blood drive was in progress, a larger than usual sing-along took place in the rotunda – without the permit which new Capitol Police Chief David Erwin has said would be required.

State Representative Chris Taylor, a Madison Democrat and an attorney, doesn’t see the need for permits. “I think that things have been going fairly smoothly with people coming in and singing,” said Taylor, adding that she’d “like to see a collective dialogue around these issues.” Taylor said she didn’t have any such dialogue in a brief meeting with Erwin, during which she said the status of the singalongs, and of people carrying signs in the building, were not clarified. Taylor’s office later released a letter which she’d written to Erwin. 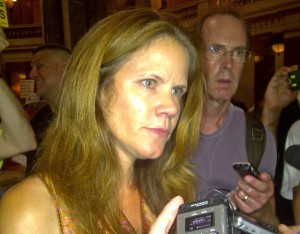 For his part, state Senator Glenn Grothman, a West Bend Republican, hoped for a little variety in the song selections. He suggested something by the Beatles. “I’d like to hear you guys sing Hello Goodbye,” Grothman said. “I think that’d be just beautiful.” There were no Beatles tunes – and no tickets issued. Sing-along organizers vow to keep up their presence in the rotunda.