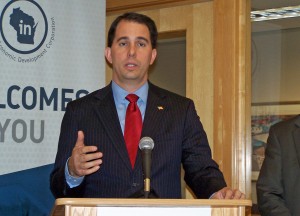 Wisconsin’s new development agency is receiving some federal scrutiny, and reactions are diverging along partisan lines. The Wisconsin Economic Development Corporation – WEDC – is the subject of a critical letter from the federal Department of Housing and Urban Development, as reported Wednesday by the Wisconsin State Journal. HUD concerns include the awarding of Community Development Block Grants by WEDC – something which the public-private agency has not been granted the authority to do.

State Representative Peter Barca and state Senator Julie Lassa, Democratic legislators who sit on the WEDC board, were critical of the Walker administration. “We (the board) just had a meeting last week,” noted Barca. “It’s troubling and it’s stunning, that we would have had a board meeting, and they had been sitting on this letter, and that they didn’t even take the time to give us a copy of the letter, or explain the issues that are associated with this.”

The issues are routine, according to Walker. “Routinely, the federal government sends letters back to every state government, about a variety of things,” the governor said. “If it required specific action from the board, absolutely it would be an issue. You’re still in the early stages of hearing back from HUD. There will probably be some more back-and-forth between the Department of Administration as to whether or not the things they’re suggesting could even be done.” 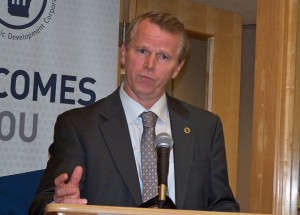 Paul Jadin, the The Wisconsin Economic Development Corporation CEO who announced his resignation last week, also addressed the letter from HUD. “They (HUD) wanted everything to go through the Department of Administration. We then developed a memorandum of agreement that was signed earlier this year, I believe,” Jadin said. “That’s one of the things that is at issue. We’re waiting to hear from HUD as to whether they want any amendments to that document.”

Jadin, who announced that he’s leaving the WEDC post to head up Thrive, a Madison based, eight county development agency, said the HUD letter had nothing to do with his decision.