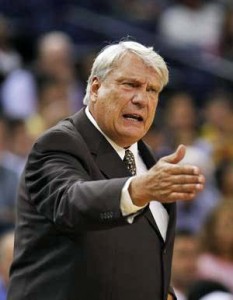 The 72-year-old Nelson will be enshrined into the Basketball Hall of Fame in Springfield, Mass. tonight.

In 1996, Nelson was named one of the top 10 coaches in league history by a panel of former players, coaches and executives.