22-year-old Jordan Williams went into his second Marathon thinking he had no chance to win.  Then, at about the 21 mile mark, 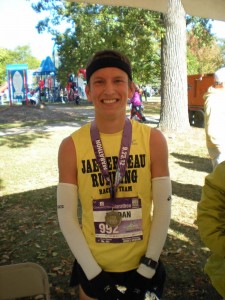 Williams passed the leader and things changed.  Williams had to come up with a plan to get him to the finish line without running out of gas.

Williams was able to pull it off, completing the Community First Fox Cities Marathon in 2:38:02.  It was just his second marathon.

Williams first marathon came in Duluth in June.  He said he used a pretty extensive training regimen to get ready for this one.

AUDIO: Williams on his training to prepare for this marathon :12

Conditions were ideal for Williams and the rest fo the field.  They started the race in very cool temperatures and remained that way throughout.

Jessica Sigl of Green Bay won the women’s Marathon in 3:04:53.  Sigl was also running in her second marathon and admitted that she’s still learning. 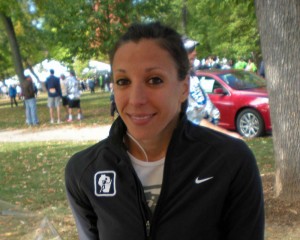 Sigl said she hit a wall late, but had her husband with her to help her finish.  When Sigl crossed the finish line, her knees buckled and she passed out.  She was treated on location though and quickly recovered.

AUDIO: Sigl on treatment after the race :11

Jason Ryf of Oshkosh won his third straight men’s half marathon in an unofficial time of 1:09:33.