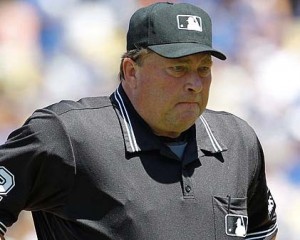 will work the plate in tonight’s World Series Game 1 between the Detroit Tigers and San Francisco Giants in San Francisco.