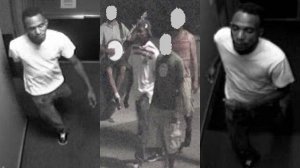 With three men set to go on trial in an attack on Badger football player Montee Ball, Madison police continue to search for others. Spokesman Joel DeSpain hopes newly released surveillance video photos will bring in some leads. “Witnesses told us from the beginning that there were five individuals who were involved in the attack on Monte Ball,” said DeSpain. “We’ve arrested three people. We have photographs of others we think may have also been involved. To date, those three who were arrested have not shared with is the names of the individuals with whom they were walking.”

DeSpain said it’s not uncommon in criminal cases for suspects to keep mum on others that could be involved. Witnesses saw five men take part in the August 1st attack on the Badger football player, which left Ball with a concussion.