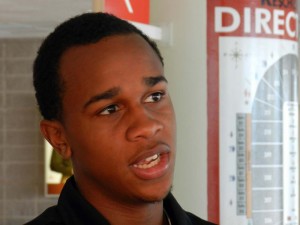 falling 100-94 to their rivals to the south, the Chicago Bulls.

Nate Robinson scored 24 points and dished out 13 assists, while Richard Hamilton hit 9 of 14 from the field to finish with 23 points to lead the Bulls.

Brandon Jennings, Samuel Dalembert and Mike Dunleavy each scored 13 points for the Bucks (2-1).  The Bucks shot just 41% from the floor.

The Bucks survived a 3rd quarter scare when rookie 1st round draft pick John Henson left with a knee injury.  Henson is scheduled to be examined in Milwaukee today, but Henson appeared confident he’d be OK.  Henson said initial tests on his left leg showed no serious injury.

The Bucks next head to La Crosse to face Memphis in preseason game number four.