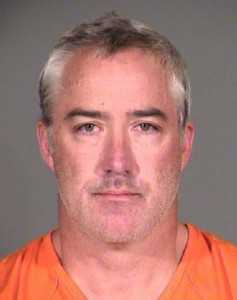 Hopper is a former Republican state lawmaker who was recalled from office last year. Police says he was arrested on charges of driving drunk, disorderly conduct, trespassing, and unlawful use of a telephone.

The investigation is ongoing and police have declined to release more details of the case. Hopper was released from jail this morning after posting a $500 cash bond.

Hopper was previously charged with drunk driving after an incident last fall, but was acquitted earlier this year. At trial, his attorney’s argued the former lawmaker was targeted by public employees because of his vote in support of controversial collective bargaining legislation.