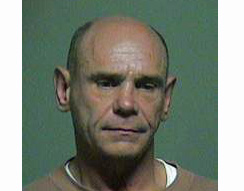 A 48-year-old Green Bay man was arrested early Thursday morning in Appleton, for his 11th drunk driving offense. Patrick Schober was pulled over just after 3:15. Sergeant Pat DeWall says it’s unusual to find someone with that many OWI arrests. “It’s not an everyday occurence, thank goodness. It’s not something we see on a regular basis, but unfortunatley it’s something that comes up every once in awhile.”

Police said that Schober was speeding and swerving in and out of his lane. “Whether it’s a first offense or an eleventh offense, somebody’s drinking or driving, there’s always that potential that they could harm themselves or somebody else,” said DeWall. Schober is in the Outagamie County jail. He faces several years behind bars if convicted.