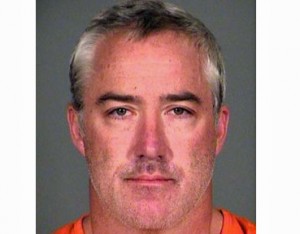 Former state Senator Randy Hopper resigned Tuesday as the head of the Sheboygan County Economic Development Corporation. Hopper was arrested 10 days ago for the second time since he was recalled from his Senate post in the summer of 2011. He faces several charges, after police said he got into a fight with another man at the home of his ex-wife near Fond du Lac.

The 46 year-old Hopper lives in Fond du Lac. He was placed on unpaid leave following his most recent arrest. Dane Checolinski, a community specialist with the economic development group, was named its interim director. Hopper was freed on bond after his October 21st arrest. Charges are pending.

A year ago, he was arrested for drunk driving while heading home from a Packers’ game. A jury found him not guilty in March.

Hopper lost his Senate seat to Democrat Jessica King in a wave of recalls over the Republicans’ support for the law that virtually ended most public union bargaining at the time.