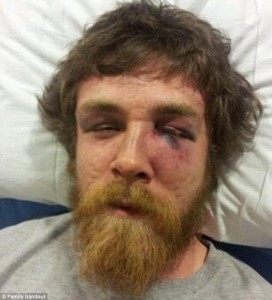 A Wisconsin Senate Republican said his son was beaten at his home, after he confronted somebody who was trying to take down a Mitt Romney campaign sign. Whitewater Police say they’re investigating the incident.

Elkhorn Senator Neal Kedzie said two men wrestled his son Sean to the ground, and choked him and beat him. The lawmaker said Sean was taken to a hospital where he was treated and later released.

In a statement Neal Kedzie said: As this was a private family matter, we chose not to remark publicly about it and allow law enforcement to do their job. But we understand these types of incidents will eventually become public and questions will arise, particularly in my position as a state legislator.

Sean is still recovering from the injuries he sustained as a result of this beating, and we are confident he will make a full recovery. But obviously, as parents, we are shaken by this event and very troubled it was apparently initiated and motivated for political reasons.