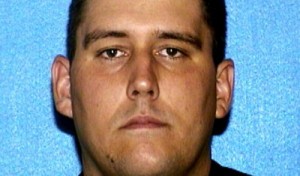 Four Milwaukee Police have been charged with violating the state’s strip search law. “Quite frankly I’m disgusted by the willful actions of some of the officers in our police department, and I’m appalled by the willful inaction of some other officers in our police department, in failing to stop egregious conduct,” Police Chief Ed Flynn said at a Tuesday afternoon press conference.

The most egregious charges resulting from a John Doe investigation are those leveled against Officer Michael Vagnini. He faces 25 counts of violating the strip search law, misconduct in public office and sexual assault. Officer Jeffrey Dollhopf faces two counts of violating the state’s strip search law and two counts of misconduct in public office. Officers Brian Kozelek and Jacob Knight face one count of each. All four officers are assigned to MPS District 5. All four officers are white, all of their alleged victims are African-American

The John Doe investigation was conducted by the office of Milwaukee County District Attorney John Chisholm with the cooperation of MPD. “The Milwaukee Police Department initiated this investigation,” said Flynn. He said the department’s internal affairs division which first detected “a disturbing pattern of complaints.” Flynn said the allegations against the four officers do not represent errors in judgment, but “willful misconduct so egregious that the only appropriate response is criminal charges.”

“This is not a new law, by any means,” said Chisholm. “It has been in place for a long time, and it’s designed with two goals in mind: protect citizens from unlawful searches, and protect the officers-give them a framework in which they are expected to operate, that everybody understands.”

“Everybody involved has been on the force long enough to know better,” said Flynn. “There is no justification for this. There is no way you can justify it as some kind of inadvertent mistake. The allegations are proven beyond a reasonable doubt. They’ll show inexcusable conduct.”