The 15th ranked Wisconsin Badgers (0-1-0) dropped their hockey season opener, 2-1 to the Northern Michigan Wildcats (1-0-0) at the 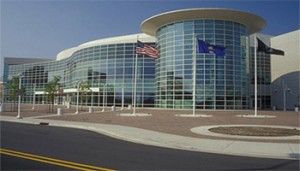 The Badgers took the lead 1-0 in the second period when junior forward Michael Mersch scored on a Wisconsin power play.

The Wildcats responded to even the game at 1-1 only 18 seconds into the third period when former Green Bay Gambler Reed Seckel forced the puck into the net during a scramble.

The Wildcats scored the game winner midway through the 3rd period when a shot was deflected off of Northern Michigan’s Cohen Adair, giving the Wildcats a 2-1 lead.

Wisconsin looks to shake off the upset and even the series tonight as the  Badgers and Wildcats face off at the Resch Center at 7pm.