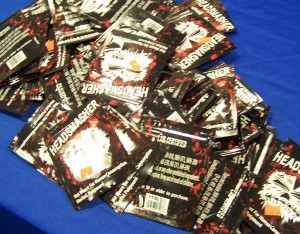 Drug investigators in the Fox Valley say two gas stations in Menasha and Neenah were illegally selling synthetic marijuana behind the counter. The Lake Winnebago Area MEG Unit executed search warrants last week. Director Brad Dunlap said they found more than 460 packets of what’s called K-2 in Menasha and nearly 50 in Neenah. “If you were known to the owner, or asked for the correct product, you would be provided with one of these packets,” Dunlap said. “It’s a significant seizure. I don’t believe that we have seized that quantity as of yet.”

Investigators said they made four undercover buys from four different workers over the last two months. The stations are owned by the same person. The Menasha station is the same one that’s been broken into five times over the last several weeks and Dunlap said police believe K-2 was the target. The state banned K-2 in July of last year. Winnebago County prosecutors now have the case.