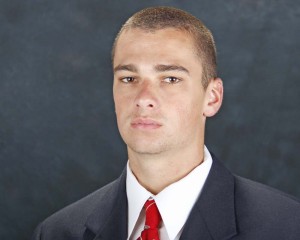 kicking opportunity.  That means sophomore Kyle French is going to get a second chance.

Russell struggled in last week’s loss in Nebraska, missing both a field goal and an extra point.

Kyle French, who had earlier been demoted after a missed field goal and a kick out of bounds, gets a part of the job back again.

French will handle field goals and extra points for the Badgers when they host Illinois on Saturday.  Russell will continue to handle kickoffs for Bret Bielema’s Badgers.

French is 3 for 4 on field goals this season, while Russell is 0 for 2 with the missed extra point.