You are here: Home / Badgers / Badgers’ Brust off to a great start

Wisconsin shot 60% from 3-point range in the second half last night, rolling to 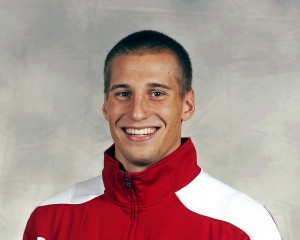 a 88-43 win over Presbyterian at the Kohl Center.

Ben Brust scored 22 points and grabbed 12 rebounds to lead the Badgers.  It was the third double-double of the season for Brust, who became the first Badger player to record three double-doubles in a four-game stretch since Mike Wilkinson did it in the 2004-05 season.

Sam Dekker came off the bench for the Badgers to score 16 points as Wisconsin improved to 3-1.