Senior forward Mike Bruesewitz returned practice on Friday and then was 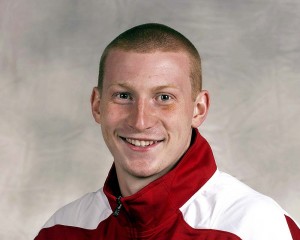 back in the Badgers lineup on Sunday in Wisconsin’s season opening 87-47 win over Southeastern Louisiana at the Kohl Center.

Bruesewitz, who suffered a leg injury during an Oct. 9 workout was expected to be out up to six weeks, but he returned early on Sunday.

AUDIO: Mike Bruesewitz is glad to be back :15

Bruesewitz scored 10 points in 13 minutes of action on Sunday.  He said he’s trying to get his wind back and his legs underneath him again.

The Badgers had little trouble from the start in this game.  They scored the first 19 points of the game and out-rebounded Southeastern Louisiana 49-22 for the game.

Ben Brust finished with 14 points and 11 rebounds.  Jared Berggren had 19 points and 8 rebounds and Ryan Evans added 9 points and 9 rebounds for the Badgers.

Next up for the Badgers, a trip to Florida on Wednesday.