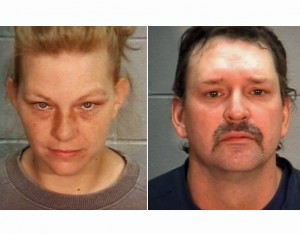 A northwest Wisconsin couple accused of felony child neglect in the death of their three year-old daughter are claiming innocence. Thomas Williams, 42, of Danbury and his wife Jenna Danish, 33, were ordered to stand trial after a three-hour preliminary hearing Thursday in Burnett County Court. Danish pleaded not guilty to her fatal neglect charge. Williams stood mute, and the judge entered a not guilty plea on his behalf.

The couple is charged in the death of three-year-old Renna Williams. She was reportedly searching for a dog when she wandered away from the family’s home in mid-August. Prosecutors said Williams had smoked synthetic marijuana right before that time – and that his wife was sleeping. A neighbor reported seeing Renna walking on a street, and hundreds of volunteers searched for the girl before her body was found the next day in a shallow power dam canal about 25 yards from her home.

Danish’s lawyer, James Rennicke, said the couple did not mean to hurt their young daughter but that “sometimes accidents happen.” Rennicke said he would ask that a jury selected in another county hear his client’s trial – and he wants the couple to be tried separately. Those issues are expected to be considered early next year. For now, the couple remains free on signature bonds.