You are here: Home / Sports / Marquette opens in Carrier Classic

The Marquette men’s basketball team tips off the season tonight in Charleston, 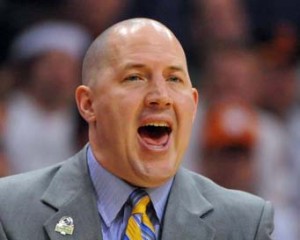 South Carolina against 4th ranked Ohio State in the Carrier Classic.  The two teams will play on the aircraft carrier deck of the USS Yorktown.

The game will help honor the troops as well as raise money for various veteran organizations.

Buzz Williams’ father served in the army and Buzz said he’s glad to have his team playing on this stage.

AUDIO: Buzz Williams on his players playing on this stage :15

The Buckeyes, led by coach Thad Matta, comes in with one of the top programs in the country.  They’re expected to battle with Indiana for the Big Ten title.