You are here: Home / Packers / Report says Perry is out for the season

According to Lance Allen from Milwaukee Television Station WTMJ, Green 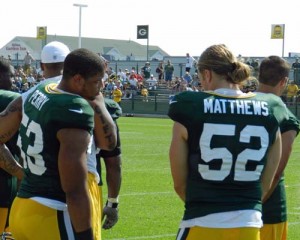 Perry apparently wasn’t seeking a second opinion on his injured knee this week, but rather his wrist that he injured in week 2 against the Chicago Bears.

Mike McCarthy, at his press conference on Monday, said Perry was seeking a second opinion but wasn’t asked, nor did he say it was Perry’s knee.  Prior to Perry injuring his knee, he was playing with a cast on his wrist.

McCarthy isn’t expected to be available for any further comments until Monday.