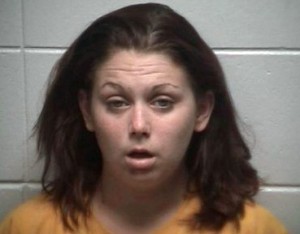 What began as a traffic stop turned into a major drug bust for Merrill police Monday night. Police Captain Corey Bennett said an officer pulled a vehicle over at 11:10 p.m. when he noticed the license plates didn’t match the vehicle. That’s when Officer Matt Waid recognized the 23-year-old woman behind the wheel as someone they’ve been looking for. Cassiopia Conlin of Merrill tried to give Waid a false name, but he recognized her and took her into custody.

Passengers 38-year-old Jimmie Joannon of Merrill and 49-year-old Danny Hanson of Wausau were also arrested after Waid and the Wausau police canine unit discovered an unusually large quantity of drugs on the suspects and in the car. Bennett said the search yielded at least an ounce of methamphetamine, along with heroin, LSD, and marijuana.

All three suspects made initial appearances on the new charges Tuesday  in Lincoln County Court.