It’s a special day for a special Green Bay Packer. 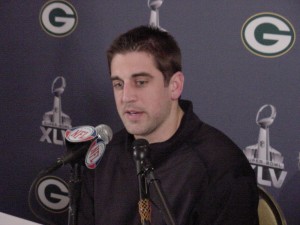 State Representative Garey Bies (R-Sister Bay) drafted the legislation (AJR-108). On the Assembly floor in February, he compared Rodgers to Bart Starr — the epitome of a professional football player. “His accomplishments as a tremendous quarterback and a tremendous individual off the field.”

AUDIO: :14 Aaron Rodgers says he’s thrilled with the proclamation on his own special day.

Rodgers was the NFL’s most valuable player last season and the MVP of Super Bowl XLV.