You are here: Home / Badgers / Favor Hamilton admits she worked as escort 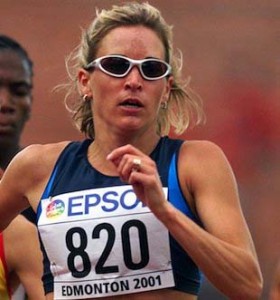 The news is shocking, news that 44-year old Suzy Favor Hamilton, a native of Stevens Point and former University of Wisconsin track

“I do not expect people to understand,” she wrote on Twitter.  “But the reasons for doing this made sense to me at the time and were very much related to depression.

Favor Hamilton has previously dealt with depression, anxiety and an eating disorder.  She still lives in the Madison area with her husband and 7-year-old daughter.

Hamilton collected $600 an hour for her services.

“I cannot emphasize how sorry I am to anyone I have hurt as a result of my actions and greatly appreciate the support from family and those closes to me.  I fully intend to make amends and get back to being a good mother, wife, daughter and friend,” she wrote on Twitter.

Suzy Favor Hamilton won 11 state titles at Stevens Point Area Senior High School and 23 Big Ten and 9 NCAA track and cross-country titles at Wisconsin.  Once turning pro, Favor Hamilton was a 7-time U.S. champion and at one point, had recorded five of the nine best-ever times by an American in the 1,500 meters.  She competed in the 1992, 1996 and 2000 Olympic games but never won a medal.