You are here: Home / Crime / Courts / Husband of slain officer charged with murder 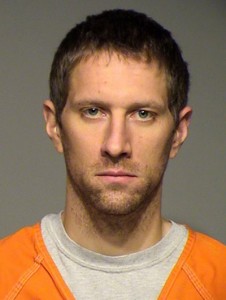 According to the criminal complaint, Sebena is accused of shooting his wife Jennifer in the head five times early Monday morning while she was on duty as a patrol officer for the Wauwatosa Police Department.

The complaint includes a confession from Sebena, who told investigators he had been stalking his wife for several days. On the morning of the murder, he approached her while she was leaving the downtown Wauwatosa Fire Department after a break and began shooting. He then took her gun and shot her three or four times, saying he “wanted to make sure she was dead so she wouldn’t suffer.”

Sebena told investigators he had been jealous of other men. A fellow officer also reported to investigators that Jennifer Sebena had reported being a victim of domestic violence from her husband, and that he had put a gun to her head.

Sebena made his first court appearance Thursday afternoon in Milwaukee County. He’s being held on $1 million cash bond with a preliminary hearing set for next week.