You are here: Home / Crime / Courts / Inmate charged with hiding drugs in body 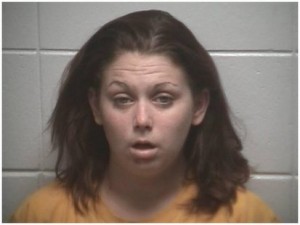 A Merrill woman jailed on drug charges has found a way to get into additional trouble. Cassiopia Conlin, 23, is facing additional felony drug charges after deputies investigated drug use in the Lincoln County jail. She just entered on the six new drug charges late last week, and has a history of similar charges.

Conlin’s cellmates confirmed that she had hidden the drugs in her body cavity prior to being arrested by Merrill Police on November 26. She then removed the drugs once in the cell block and shared them with two other inmates. The other inmates tested positive when given drug screens.

Conlin will be referred to the Lincoln County District Attorney on additional felony charges of delivery of heroin, delivery of methamphetamine, and two counts of delivering illegal articles to an inmate.