You are here: Home / News / Kohl says goodbye to the Senate (AUDIO) 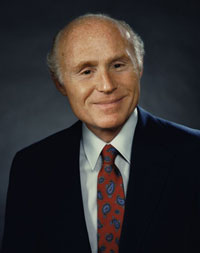 Speaking for the last time on the floor of the US Senate Thursday morning, Herb Kohl offered a long list of goodbyes to the people he has served with over the past 24 years. The Wisconsin Democrat thanked those who he says have been his friends, advisors, adversaries, and an inspiration.

The Wisconsin Democrat spent four terms in the Senate and will retire at the end of the year. Kohl did not seek reelection this past November.

The Milwaukee Bucks owner offered a special thanks to his staff, saying he will miss “coming to work every day, here in Washington and in Wisconsin, with such a bright, creative, and dedicated group of people” to focus on what’s best for the nation and the state.

Kohl received praise from his colleagues, including Iowa Democrat Tom Harkin who called him a “classic work horse senator, as opposed to a show horse senator.”

Democratic Senator-elect Tammy Baldwin will take Kohl’s seat after the first of the year.