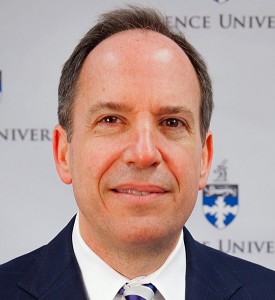 Burstein said he’s impressed with the Appleton school’s academic standards, focus on individual learning, and nationally recognized music conservatory. But he said he knew the school, and community, would be a great fit for him, when he took an unannounced campus tour, prior to his interview. Burstein said the tour guide’s interactions with others on campus showed that the school has an inclusive, and supportive culture.

Lawrence board of trustees chair Terry Franke said about 100 people applied for the school’s top post. He said Burstein’s experience at Ivy League schools, and investment banking, along with his collaborative leadership style made him stand out above the other candidates.

Burstein will become president on July 1, after current president Jill Beck steps down.