You are here: Home / Sports / Marquette and others to leave Big East Conference

The Marquette Golden Eagles announced Saturday that they, along with six 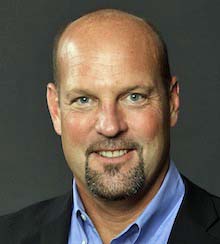 other basketball members, will leave the Big East Conference.

According to a statement from the president’s of the programs, they look to, “…pursue an orderly evolution to a foundation of basketball schools that honors the history and tradition on which the Big East was established. Under the current context of conference realignment, we believe pursuing a new basketball framework that builds on this tradition of excellence and competition is the best way forward.”

Father Scott R. Pilarz, S.J., President of Marquette, had this to say after the Marquette win over Savannah State Saturday night.

AUDIO: Father Pilarz on the move :12

Marquette is one of seven schools that will transition out of the Big East.  The other schools are DePaul, Georgetown, Providence, St. John’s, Seton Hall, and Villanova.

According to an article from ESPN.com, a spokesperson from the Big East has confirmed that the schools will leave on June 30, 2015.

While questions on where Marquette will go, what will happen to Big East basketball, and more are unanswered, Marquette Athletic Director Larry Williams is excited for the future.

AUDIO: Williams on excitement for future :15

When asked if there was one specific incident that influenced Marquette’s decision, Williams revealed there have been many “things” over time.

AUDIO: Williams on why they made the decision to leave :16

The men’s basketball team (7-2) hasn’t opened Big East play yet.  The Golden Eagles are in Green Bay to face the Phoenix Wednesday evening.