You are here: Home / Crime / Courts / ‘Santa’ arrested for OWI 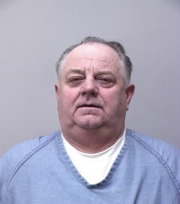 John B. Schuster of Waunakee arrested for 4th OWI offense.

A Dane County Sheriff’s Deputy sustains minor injuries after being rear-ended while attempting to direct traffic due to an injury crash investigation.

According to the Dane County Sheriff’s Office, at about 7:30 Saturday evening, the deputy was sitting in an unmarked Sheriff’s Office SUV with its emergency lights activated when the fender bender occurred in the Town of Westport.

EMS took a look at the deputy, who sustained minor injuries.

The driver who rammed into the deputy was dressed as Santa Claus. John B. Schuster of Waunakee was returning home from a holiday party at the American Legion. The 69-year-old “Santa” was arrested for Operating While Intoxicated 4th Offense.