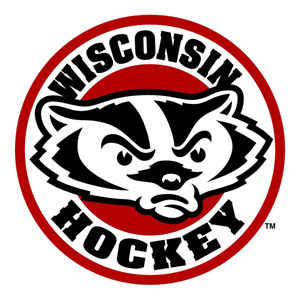 On March 7, 1988 the Badger men’s hockey team met the Minnesota Golden Gophers on the ice at the St. Paul Civic Center for the fourth time that season. The rivalry had seen the Gophers dominate in the regular season, winning all three matchups against the Badgers.  They would hit the ice in the Frozen Four with Minnesota in first place in the WCHA standings and Wisconsin in second. The game started with a scoreless first period. Then, less than two minutes into the second period the scoring began with a goal by the Badgers’ Dennis Snedden. Paul Ranheim scored a goal six minutes later. Finally, with just a few seconds left in the period, Tony Scheid scored a goal. The Badgers ended the second period with a 3-0 lead.  But it wasn’t over yet.  The Gophers answered back in the third with two goals. It wasn’t enough. The Badgers would take the WCHA Final Four title with a 3-2 victory.

Bill Scott spoke with former Badger right wing Dennis Snedden, who was a freshman when he scored the first goal of the game. He says the Badgers knew how to focus when it came time for final four, “We had tight battles with the Gophers all the time. And I think that’s a time when Wisconsin has a tendency to pick up their game and really go with the execution of coaching. And everybody’s working diligently.  I think that’s the time that we shine,” said Snedden.

The Badgers’ victory sent them to the NCAA tournament. They beat Massachusetts-Lowell in the first round but were eliminated by St. Lawrence in the next round.