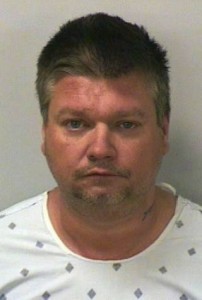 The Polk County Sheriff’s Department says a suspect is in custody, following a possible homicide over the weekend in the Village of Milltown.

Police arrested 45-year-old Scott Youngmark on Saturday, after responding to a 911 call reporting a woman was “badly hurt” in an apartment. Officers entered the unit and found 47-year-old Kari Roberts dead from blunt force trauma injuries.

Youngmark lived in the apartment with Roberts and was later arrested at his mother’s home, which is where police say the 911 came from. Police say Youngmark admitted to making the 911 call, but denied causing Roberts’ injuries.

Youngmark was arrested on a felony bond violation, after officers say he failed a portable breath test. Youngmark was scheduled to be in court Monday afternoon on a bond violation. Charges in the homicide could be filed later this week.