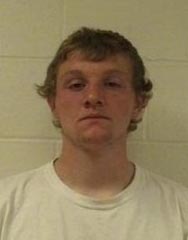 One of the men accused of robbing and beating a Wausau man to death last summer will have a jury trial this summer. Zach Froehlich, 19, will go to trial for five days beginning July 22. Froehlich faces 13 charges including armed robbery and 1st degree reckless homicide after he and an accomplice allegedly robbed and beat 49-year-old Kerby Kniess to death in his garage.

The accomplice is 21-year-old Warren Krohn, who faces similar charges. Investigators say the two stole $21.00 from Kniess when he died. Both men are being held on $250,000 bonds. Krohn’s trial hasn’t been scheduled yet.

Froehlich has additional issues to resolve. He is also charged with suffocating a victim in a different incident while an accomplice hit the victim with a baseball bat.