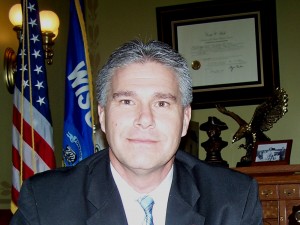 The mass shooting in Connecticut last week, along with attacks in Brookfield and Oak Creek earlier this year, have some Wisconsin Democrats already proposing new laws on gun control. Those bills could include bans on high-velocity ammunition and assault weapons, along with requiring psychological evaluations for individuals applying for a concealed carry license.

Wisconsin Attorney General J.B. Van Hollen says lawmakers should think carefully about how they react to the recent tragedies. In an interview with WRN on Tuesday, the attorney general said “it’s a bad idea to have quick knee jerk reactions” and lawmakers should not pass bills “just for the sake of feeling good about ourselves.”

Van Hollen says it’s still too early to know what policies could have prevented these recent tragedies, noting that some of the circumstances surrounding the shootings at Sandy Hook Elementary School may have been impossible for lawmakers to address. Van Hollen says it would be very difficult for the government to pass legislation that would have prevented the shooter in from stealing the guns used to kill 26 people, including 20 children.

While Van Hollen admits it’s worthwhile to have a discussion about what the state can do to prevent similar tragedies in the future, he says it’s too soon to have given those ideas the thorough research that is needed. He says any bill the Legislature considers would also have to balance the constitutional rights of law abiding citizens to access guns.

Van Hollen says any proposals need to be well thought out and actually make a difference in protecting society and he doesn’t know if “the Legislature is always in a position to fix all ill in society.”