You are here: Home / Badgers / Badgers poor shooting is costly

For the Wisconsin Badgers, there’s nothing free when it comes to free throws.  The 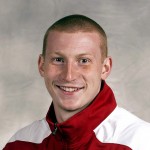 Badgers are the worst free throw shooting team in the Big Ten Conference, hitting 7 of 18 last night in a 49-47 loss to 13th ranked Michigan State at the Kohl Center.

Throw in 29% shooting from the field and the Badgers couldn’t throw it in the ocean last night.

Even those that shoot it well, didn’t last night.  Jared Berggren entered the game last night, hitting nearly 76% of his free throws, but managed to make just 2 of 8 last night.

The biggest misses of them all came with 3.5-seconds left to play.  Guard George Marshall went to the line for two free throws.  Marshall missed the first, then the second on purpose but missed the rim, giving the ball and the game to the Spartans.

It’s the fourth straight loss for the Badgers to Michigan State and drops them to 13-6 on the season, 4-2 in Big Ten Conference play.  The Badgers moved into a tie with Ohio State (14-4, 4-2) for 4th place in the Big Ten standings.

Mike Bruesewitz had 10 points for the Badgers.  Afterwards, Bo Ryan said he just can’t stop thinking that 1 or 2 more makes is the difference between winning and losing.

The Badgers face the Minnesota Gophers on Saturday afternoon at the Kohl Center.